This ends the bisket jatra of Bhaktapur of Year 2068.The pictures were of 5th of Baisakh.The jatra is ended by pulling the Bhairav Rath as in the beggining. The power group of upper and lower tried to take the chariot in their place.In this year there was conflict between two powers,so stone throwing were occured at the late night. Few were injured. 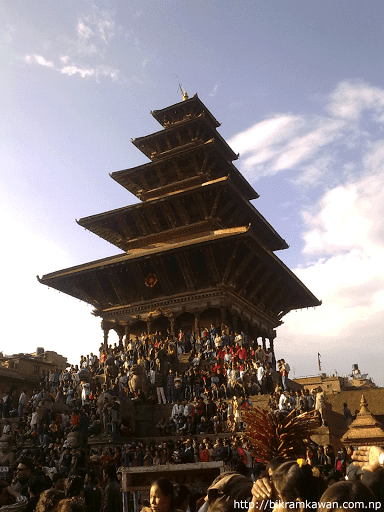 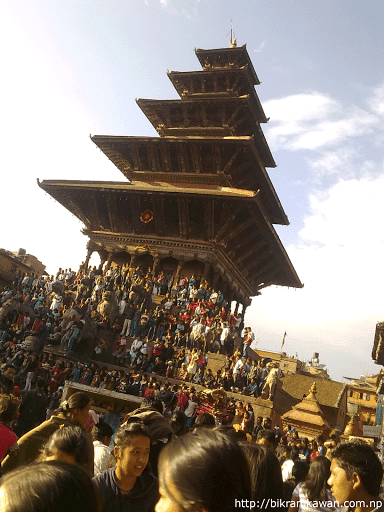 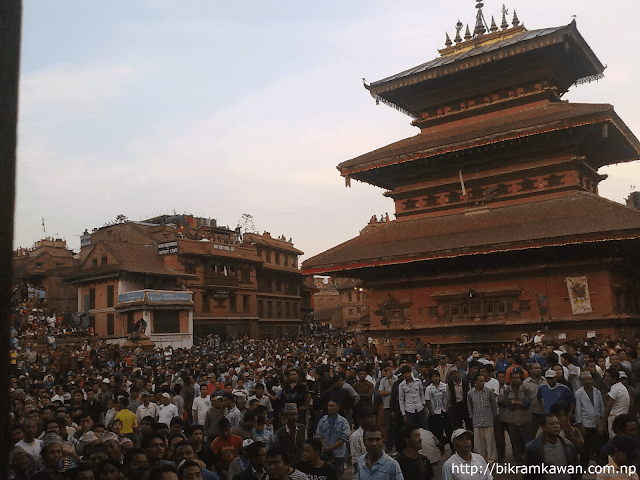 Mass of People present during the end day of Bhaktapur Bisket Jatra. 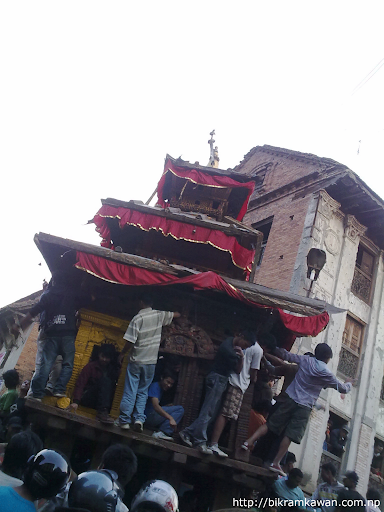 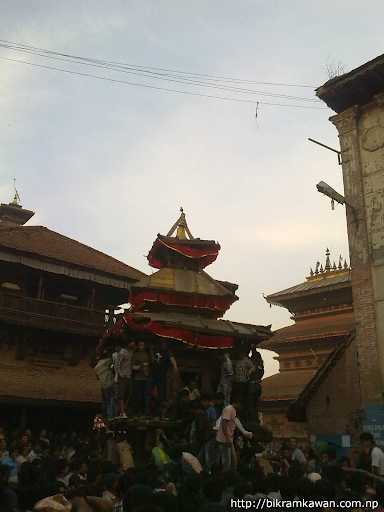 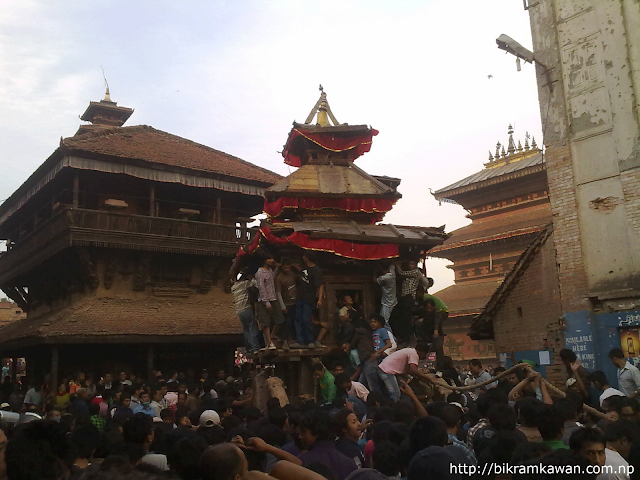