Highway is another Nepali Movie in line up to release. It seems to be promising movie in Nepali Film Industry. Highway is produced by Aadi Productions in association with Louverture Films (New York-based company)The story of film move around the Nepal Bandh and its impact to the people in Journey .In movie the problem faced during the journey from Eastern Nepal to Capital City is the main theme . The picture quality and script seems to be great which we can expect from the trailer. There will be english subtitle in this movie. 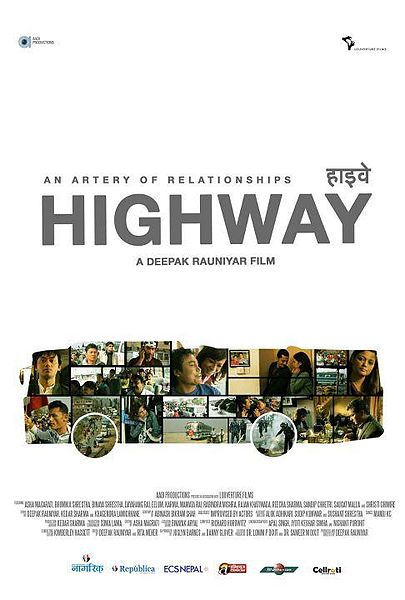 Directed by Deepak Rauniyar Produced by