The Galton Board is also called as quincunx or bean machine. This device is used to perform statistical experiments. This is very useful for simulation probability distributions (binomial). I am going to teach you how to build Galton Board and simulate using Unity 3D. This is part of my assignment for the subject simulation and visualization and found very interesting to share here. The theory is easily available in the internet so I am not going to include any theory.

The processes carried out for making the Galton are discussed in this section.

The final project can be accessed from http://goo.gl/goJbfI 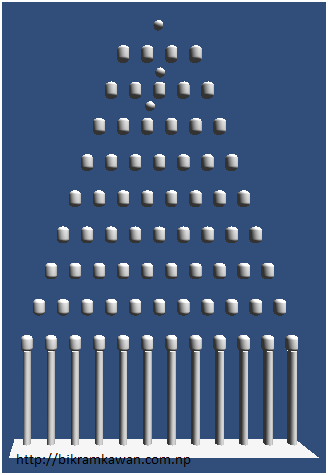